Alfa Laval was founded in 1883. With the help of some of the most important milestones, you can follow Alfa Laval’s growth towards the large international group it has become today.

Alfa Laval’s founder, Gustaf de Laval, is born in the province of Dalarna in Sweden.

After reading an article in the German periodical, Milchzeitung, Gustaf de Laval starts to work on the development of a centrifugal separator.

The first continuous separator is demonstrated in Stockholm. This separator has a capacity of 130 litres per hour.

Gustaf de Laval and his partner, Oscar Lamm, establish the company AB Separator. The De Laval Cream Separator Co. is formed in the U.S. which is the start of a continuously growing international establishment.

The first pumps are sold. They are used to pump skimmed milk from the centrifugal separator.

The German inventor, Clemens von Bechtolsheim’s patent for conical metal discs is acquired. By using these so called Alfa-discs, the separator’s capacity is increased many times over.

The first yeast separator is installed in a customer’s production line.

Gustaf de Laval begins to work on the design of a milking machine.

Gustaf de Laval dies at the age of 67. During his lifetime, he acquires 92 Swedish patents and establishes 37 companies. His memorial is engraved with the inscription: “The Man of High Speed”.

The world’s first hermetic separator is introduced by Alfa Laval at an exhibition in Berlin.

Sales of the “self-cleaning” centrifugal separator and decanter centrifuges begins.

The first automatic CIP (Cleaning-In-Place) system is installed in a Swedish dairy.

The first sterilization processing system is installed in Italy. This marks a major breakthrough in the dairy and liquid food-processing sector.

AB Rosenblad’s patents are acquired, bringing the spiral heat exchanger as well as a series of industrial plate designs into the possession of AB Separator.

The company changes its name from AB Separator to Alfa-Laval AB. The name “Alfa” derives from the alpha discs and “Laval” from the founder of the company.

The first large computerized control system is delivered to a dairy in Switzerland. This system makes it possible to supervise and control the entire plant.

This is a year of substantial investments. In Sweden, construction begins on a new manufacturing plant for marine separators in Tumba outside Stockholm. The Thermal Business Area in Lund starts construction of new offices and an international production centre for plate heat exchangers. In Spain, Alfa Laval expands its plants, offices and warehouses.

Alfa Laval strengthens its foothold in Japan by increasing its holdings in the Japanese firm Nagase-Alfa to 70 per cent and by establishing Alfa Laval Service K.K. as a wholly-owned company.

A new factory for heat exchangers, fluid handling equipment and modules for the food and beverage industry was opened in Kaliningrad outside of Moscow. The factory is one of the most modern in Russia.

Alfa Laval launches an innovative oil treatment system for ships as well as the most advanced automated control of valves in the industry.

The investment company Industri Kapital buys the Alfa Laval Group. Industri Kapital’s intention is to further develop Alfa Laval’s global leadership within its key technologies Separation, Heat Transfer and Fluid Handling, with the intention of listing the shares publicly within a five-year period.

Alfa Laval returns to the Stockholm Stock Exchange. The main strategy is to create profitable growth, both organically and through acquisitions, which in 2002 include two Danish companies; Danish Separation Systems A/S (DSS), a specialists in membrane filtration for the pharmaceutical and food industries, and the Toftejorg Group, the world’s leading supplier of advanced tank cleaning systems.

AlfaNova, a major breakthrough in heat transfer, is launched. AlfaNova is a totally new type of plate heat exchanger, based on Alfa Laval’s patented method of brazing the plates, called AlfaFusion. AlfaNova’s extraordinary strengths in regard to temperatures, pressures and fatigue resistance open new and interesting possibilities in existing and future applications.

Packinox S.A. in France, a world leader in large, welded plate heat exchangers for oil and gas and refinery applications, is acquired. The company’s recognized competence will result in strengthening Alfa Laval within these fields.

A very high demand in most of Alfa Laval’s end markets – primarily the energy and energy-related sectors – contributes to the increase in order intake by 30 per cent from 2005. Tetra Pak’s fruit concentrate unit is acquired, which means that Alfa Laval will penetrate this market through its own sales companies.

Alfa Laval is an official partner to the Swedish pavillion at the World Expo in Shanghai: "Better City, Better Life".

Alfa Laval opens its Test and Training centre in Aalborg, Denmark, for marine products and applications.

Tom Erixon is appointed new CEO and President of the Alfa Laval Group. 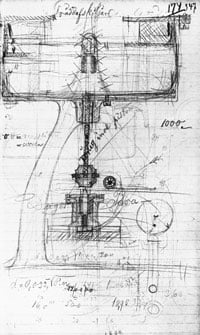